Completing World Quests can be a time-consuming process, and it’s easy to get behind on your daily quests. After Battle for Azeroth Expansion is finished some players still need it to get new reputation or achievement like “10000 World Quests Compeleted”

If you’re trying to max out your reputation with BfA faction (i.e. Talanji’s Expedition on Horde side or Tortollan Seekers for all), or earn special currencies that are actual for BfA Expansion, then you need to complete as many World Quests as possible each day.

Our world quest boosting service can help you complete the selected amount of daily quests quickly and easily. We offer a variety of options to choose from, so you can find the perfect package that fits your needs.

This is a Battle for Azeroth’s Expansion world quest boost service. Gain access to the world quests that can give you a reputation boost with BFA main factions!

Our 24/7 customer support team will keep combing through all of the available quests until you are satisfied.

The quests will be completed in a few hours after you have ordered. You can order it for one character or ask about doing on couple of characters. Just let us know in the Live Chat!

You will see your boosted character displayed in the top of the screen when the boost is completed. The boost is usually completed in less than 24 hours (depending on chosen options).

For Battle for Azeroth world quests unlock you need to reach friendly status of reputation with BfA main factions (for example, Proudmoore Admiralty if you play on alliance). If you still don’t have access to World Quests consider our additional option including bfa world quests unlock.

What about daily quests?

Please contact us in the Live Chat so we ask our booster to do daily quests for you as well. 1 daily quest will be counted as 1 world quest.

What are the world quests in Battle for Azeroth?

The world quests in Battle for Azeroth are a new system of quests that send players around the world of Azeroth and beyond to fight creatures and complete objectives. You can find them in any of BfA locations (e. g. Stormsong Valley). There are 3 types of world quests:

Missions, that send players out to accomplish objectives in the world (e.g. kill an elite creature, learn about an area of interest). They can be completed once per day.

Construction, that sends players to gather supplies (e.g. bananas, fish) to aid in the construction of an object (e.g. a ship, a building). They can be completed once per day.

Contracts are repeatable quests that send players to collect items or kill creatures using an item provided by the quest giver. They can be completed three times per day.

At the beginning of BfA Expansion you required to get unlock World Quests to start your war campaign! Soon after it became unnecessary. Players used world questing for boosting their Heart of Azeroth as well. 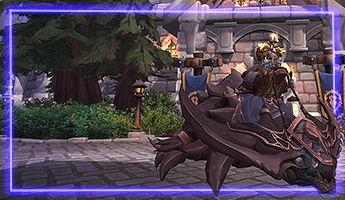 GLORY OF THE WARTORN HERO CARRY 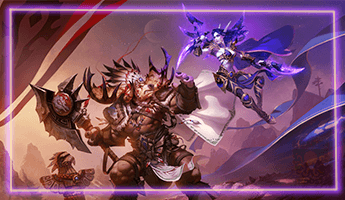